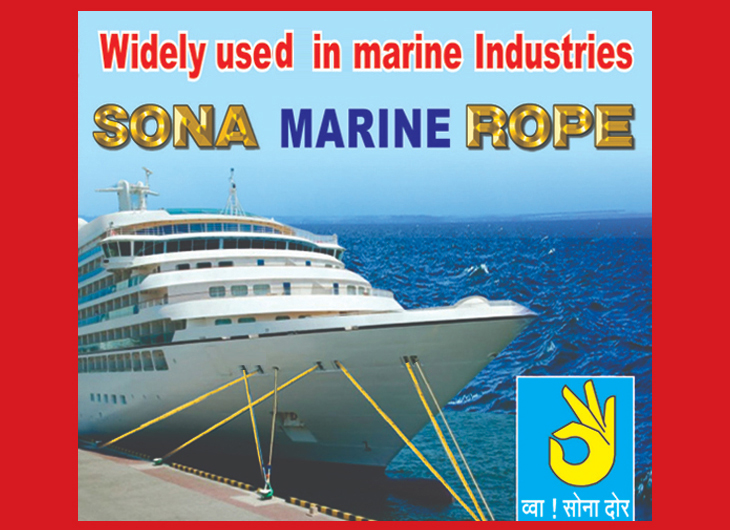 Rope plays a major role for every member of any boat crew! Marine rope, also known as nautical rope, have several uses like controlling the sails, lifting an anchor, securing the boat, securing the loads and many more. Marine Rope doesn't float. They are usually cheaper than other sources.

A1 Sona Marine Ropes serve many functions in the Maritime activity like docking, rigging, used as Sling rope, Life Rope and many more.